We are increasing our involvement in Indonesia.

After signing a Letter of Intent (LOI) with the company PT ENERGI KEPULAVAN Lestari on cooperation in establishing energy crops, with particular emphasis on Miscanthus Giganteus, we signed the another Letter of Intent. This time it is the LOI on  cooperation concerning the establishing on the island of Seram in Indonesia of the Laboratory of the Industrial Micro-propagation Plant (in vitro), which is to produce seedlings of four plant species.

The LOI was signed with the company PT TANI ENERGI Lestari. The transaction value associated with a signed letter of intent is approx. at USD 2.0 million. We are a member of a consortium of Polish companies, which aim at rapid implementation strategy to increase the scale of cooperation with the countries of Southeast Asia, particularly with Indonesia. In co-operation, there is also planned both the sale of seedlings of the Miscanthus Giganteus and biomass combustion plants in Indonesia. 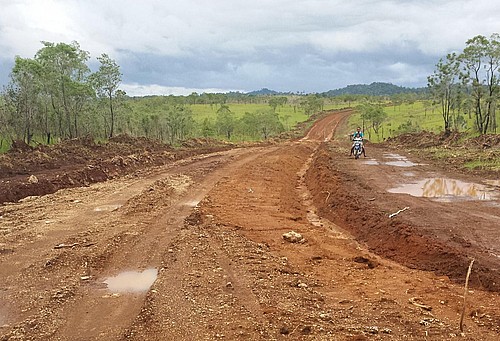 The pilot project involves the creation of the energy-plant plantations - mainly Miscanthus Giganteus on the island of Seram in the Moluccas archipelago. In the area of ​​ca. 5000 hectares, we are going to establish plantations producing approx. 150 thousand. tons of biomass per year.

The next scheduled tasks will include development of some 20 000 hectares under cultivation of the high-productive plants, which will provide a resource base for future establishing of the processing –warehouse bases, that use the produced energy to further processing of the agricultural products.

Activities on the island of Seram is to be a model example for similar Indonesian islands. Cheap manpower, soft convenient tax on business activity, desire for redevelopment of land, that is currently wasteland and establishment of special economic zones should facilitate current and future investment processes.

Planting at your own

The key objective of the project is to produce energy based on local and renewable RES.  Lack of adequate infrastructure is currently one of the major obstacles to the development of one of the fastest growing economies in the world.  In our plans, this is the beginning of a planned, dynamic use of technology and resource base that we possess. It took us the three years over working and caring for crops to create a competitive advantage in running thr project. A key component of our operation offered is to start your own business associated with the cultivation of land in Indonesia. We will create a specialized plantations in several groups by type:

-  Plantations associated with traditional crops, specific for the region, such as the cultivation of corn, soybeans and sorghum.

Possession in Indonesia of the lab in vitro workshop, which will be used to produce seedlings method of Micro-propagation is an excellent base,  on which it became possible to  establish the mother plantations, at the same time allowing to secure source of their planting stock. As a result, over the next few years we will create a huge production potential and stable, steadily rising incomes.

The COVID-19 pandemic marks one of the greatest global challenges experienced this century. It has led to more than 57 million reported infections and caused more than 1,4 million deaths world-wide. Despite attempts at lifting restrictions for...